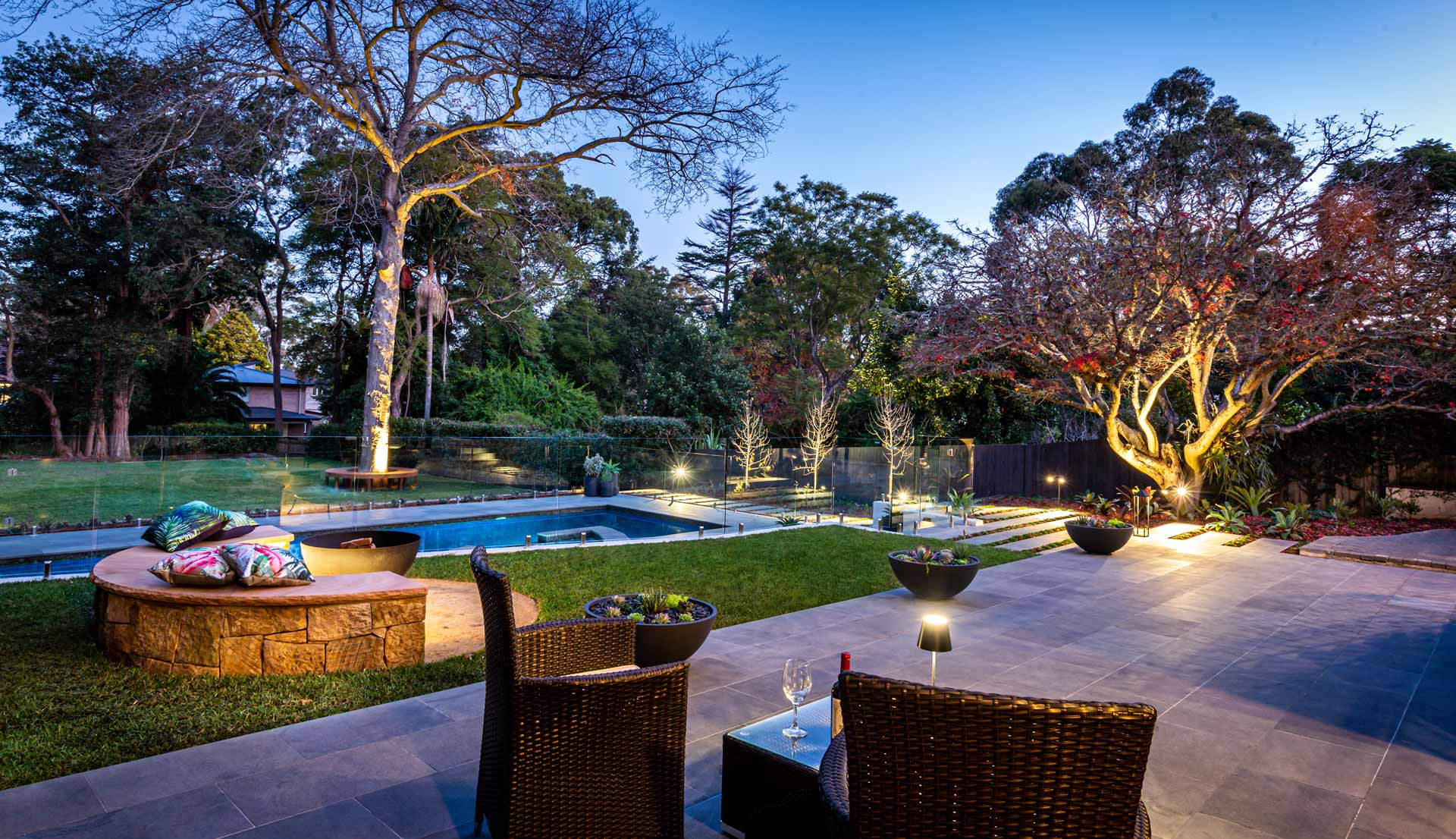 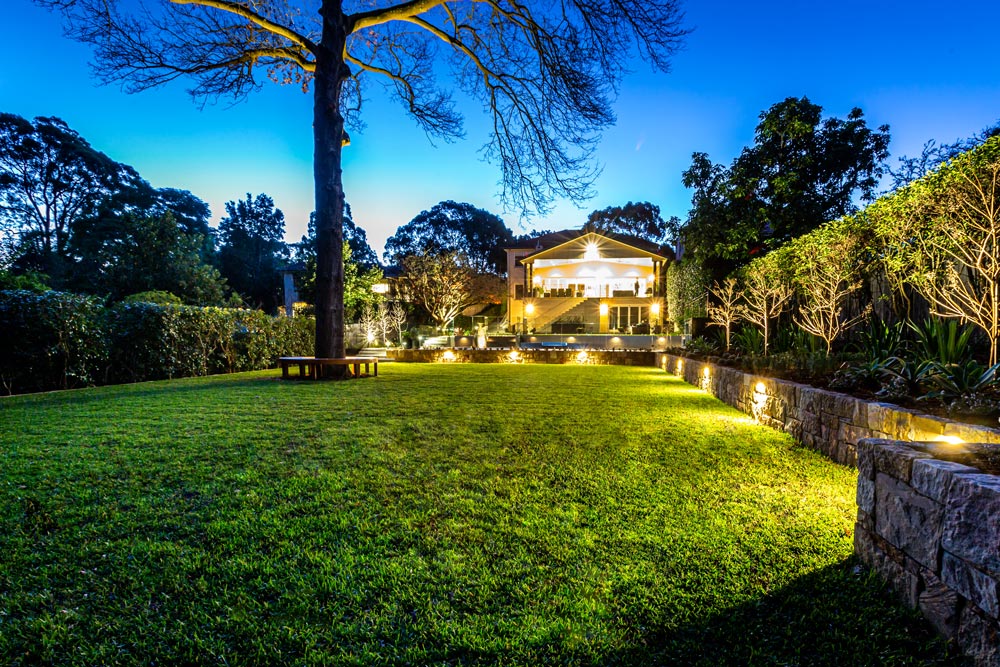 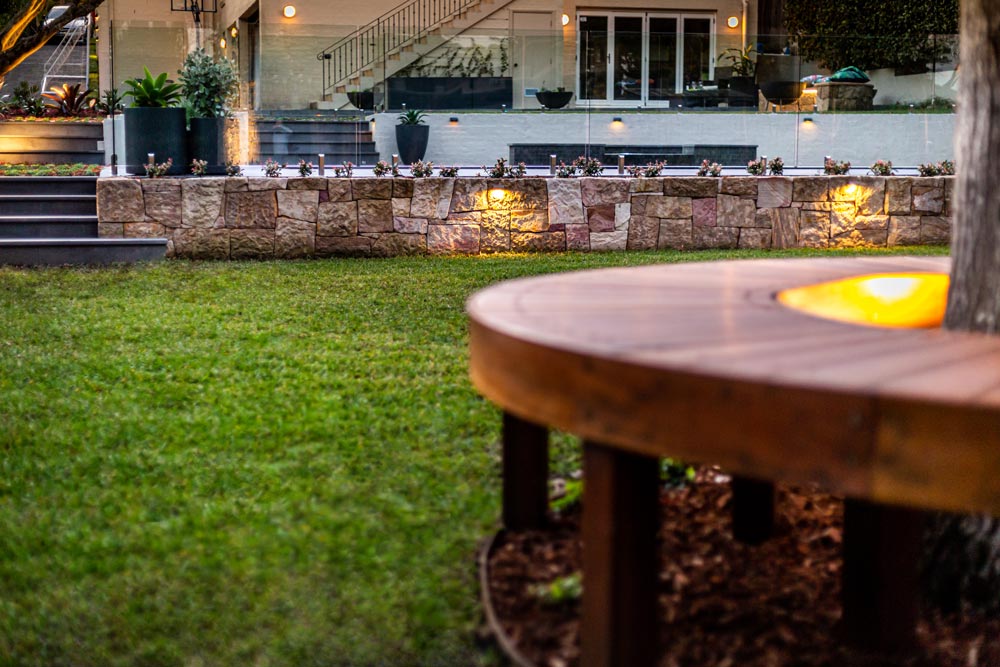 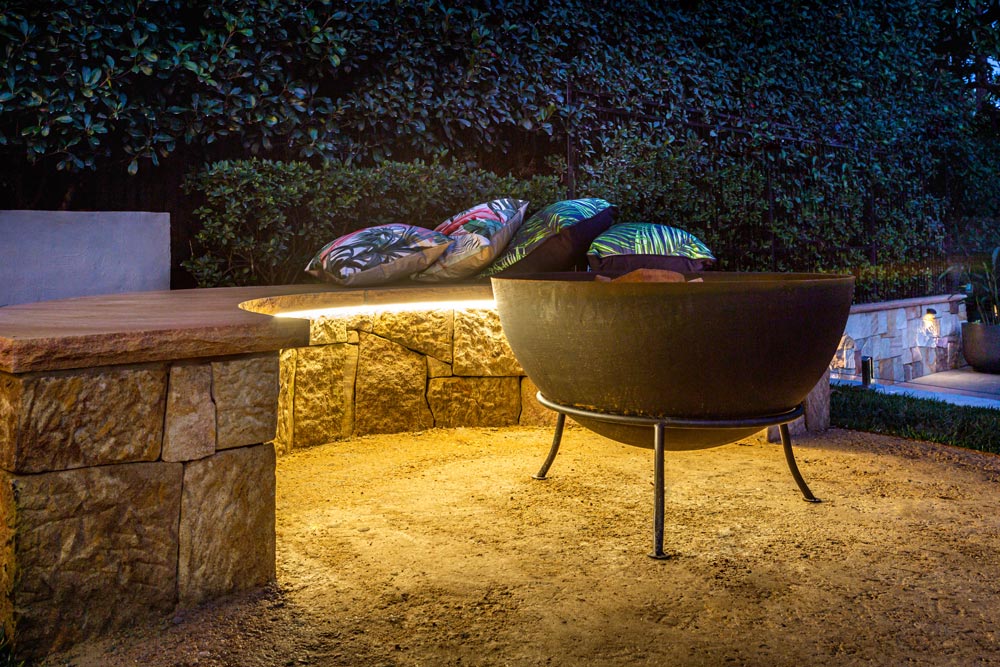 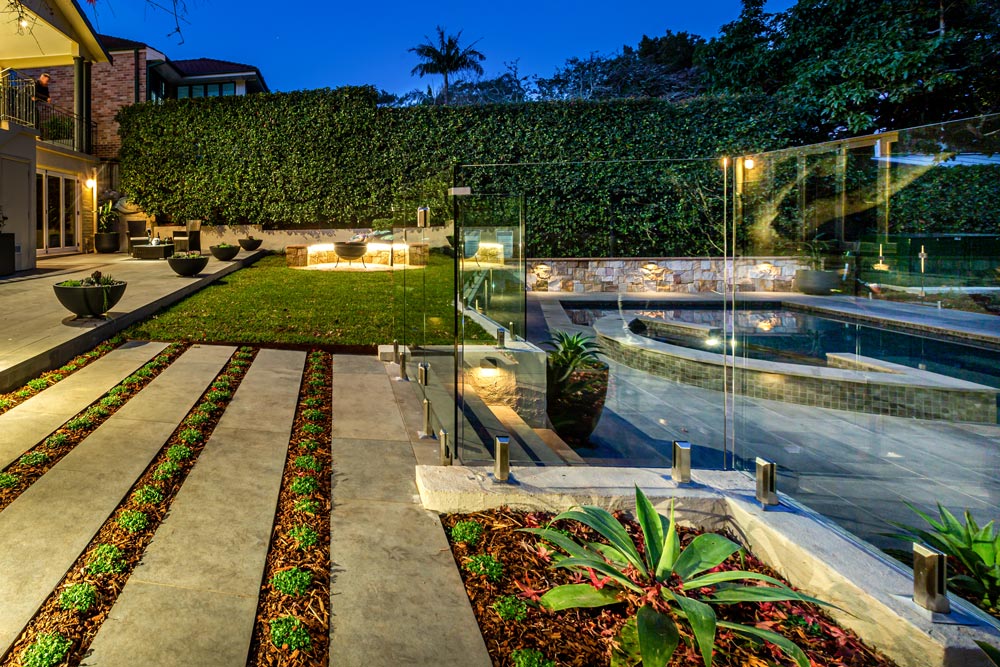 Following a successful home renovation, the overgrown gardens were left feeling outdated and disjointed from the house. Combining this with the natural slope of the land, which left the majority of the yard uninviting, the design brief was simple – create a functional space that could be utilized by the entire family.

The transformation began with the removal of cluttering hedges and trees, allowing an established oak and maple tree to become features in their own right.

The natural slope of the rear yard was resolved with the use of a ballast sandstone wall, resulting in a level lawn that became a play space for the children.

Practical seating became a standout feature, by creating a circular bench seat encircling the large deciduous oak tree, allowing the feature to shine, though all seasons of the year. Smart finishes, such as the natural bluestone tile, elevate the pool restoration and connect seamlessly via new staircases and a steppable pathway to the pool surrounds. A lush grass alternative Dichondra Which, adds a flourishing touch to the pathway spaces.

Responding to the brief, custom sandstone seating complete with LED strip lighting and a central fire pit, enables the area adjacent to the pool to become a functioning entertainment zone. Other lighting elements incorporated include feature ornamentals, highlighting the snow pear trees and crepe myrtles, and focused up lighting to further enhance the established oak and maple tree. Combined with fully adjustable pathway lighting, the result provides maximum usable light whilst providing atmospheric glow throughout the garden.

The result is a successful response to the brief – providing the family with multiple functional spaces, achieved through clever design and material choice. No details were left unconsidered, right down to the custom powder coated pots, which were utilized in the new garden to add contemporary flair and blend seamlessly with the material palette. 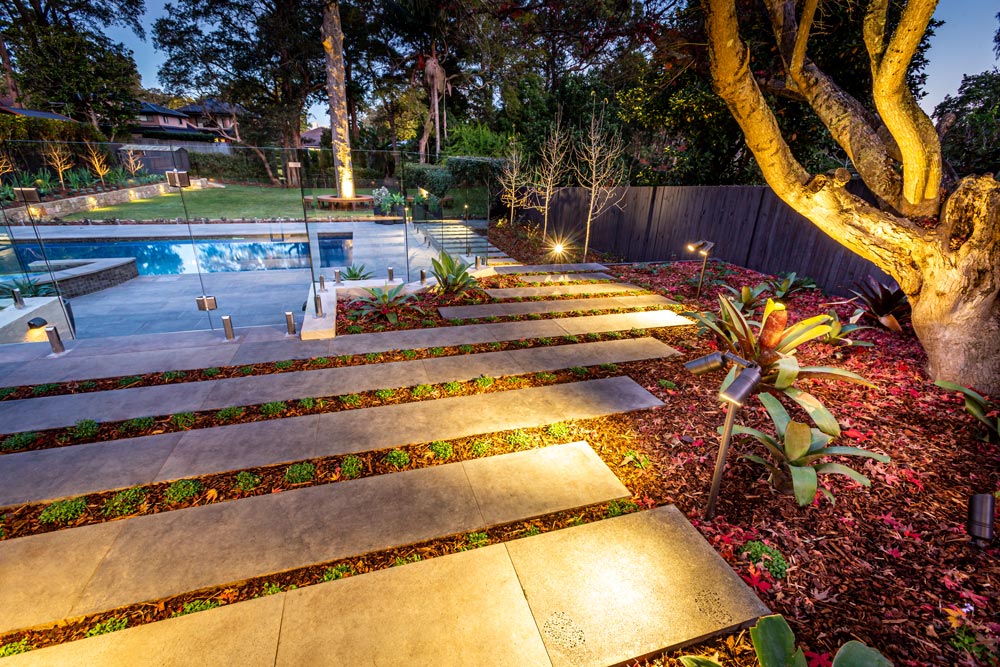